Vitus Audio truly is a great name in the industry. Best of high end got the chance to interview the leading man and visionair Hans-Ole Vitus. In this second part we asked him: ‘How would you characterize the Vitus Audio sound? How do you create such a sound?’.

To understand the Vitus Audio sound

Hans-Ole Vitus: “Well let me start backwards. How I created it, is my IP and one of the things I don’t talk too much about. But I’ll give you a couple of pointers. What’s the sound? Well, it’s … I can tell you about that for a very long time. I’ll give you the very short version. As I mentioned before, I was playing drums when I was really young. I still play drums. I also … wouldn’t say play, but goof around with guitars and basses and stuff like that, all electric. My guitar amps run all on tubes, because I like the groovy sound of tubes. I’m too young to understand how to design with tubes and make them sound the way I would like them to sound. So, I just gave up on that. That doesn’t mean I don’t like the sound. I design with solid state, but I want to have … kind of a … especially the midrange … female voices have a special fluent, organic sound. I want that from tubes. On the other hand, the lower frequencies from tubes are mostly a little bit weak, not so well controlled, not so refined. The resolution can be fairly poor as well. Solid state excels in this area. For me it was a matter of … from day one … to mix and merge those two different sound topologies. That’s basically it. A hybrid between the midrange from … or higher frequencies from tubes and lower frequencies from solid state, done by solid state. Here are some of the pointers in terms of how I’m doing that. Well, I’m not using any global feedback. I’m not using any parallel output power transistors, because I’ve not heard anyone, any type of solid state or power transistor … that in parallel doesn’t grain the midrange. That’s the opposite of how tubes actually sound like. Yeah … and then I use a lot of customized components; the transformer is one. So yeah … that are some of the pointers. But it took me … I’ll put it this way short. It took me eight years to get that particular part done to the level I wanted it to be. So from when I started until I was happy … that took eight years. I actually started in 1995, but I didn’t release the first product before 2003. The first real public presentation of Vitus Audio was at the CES in 2004. From 1995 to 2003 / 2004 was all research and development on that specific field.”. 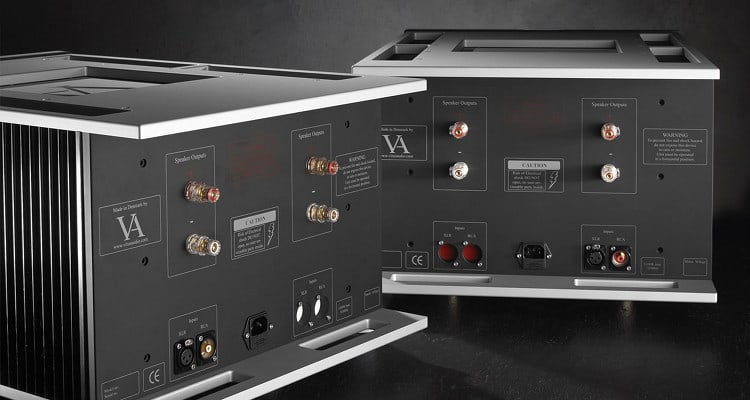