Vitus Audio truly is a great name in the industry. Best of high end got the chance to interview the leading man and visionair Hans-Ole Vitus. In this fourth part we asked him: ‘What are the differences (sound / technology) between the Reference, Signature and Masterpiece Series?’.

Hans-Ole Vitus: “The traditional part was that the Reference Series was our … that’s our entry level actually. A lot of people are asking me why is that called the Reference Series, because everybody else is calling their top of the line their Reference Series. That’s kind of … to give you an idea as well … because this is … the slogan we had in the beginning was we start where others stop. Where everybody meets the limit of what they can do, that’s where we start and move on from there. So that’s why our entry level is called Reference Series. Traditionally that was the series that was not truly balanced from input to output. Now, that’s changing. These products are becoming balanced as well. The Signature Series is where we started initially. We never thought that we would have a product series above that. I thought it would be the Signature Series and Reference Series and maybe something below that. But then Russia happened and Asia happened and they wanted something on top of that. The simple way to say this, from a traditional point of view: Reference Series (entry level, not balanced, that’s now changing more and more), Signature Series (fully balanced from input to output). They are all Class A. Well, the Reference Series is not fully Class A, that’s more like high biased Class AB on the power amplifiers. The Signature Series is fully balanced from input to output, all modular design. That’s really where we did the best we possibly could. Then we got requests for the Masterpiece Series. That was a challenge! How do we make something better, which we thought that was already our best? Which is why I took … I think four years in total before we kind of got our heads around it. It’s difficult to say … very simple … what’s the difference between the Signature Series and Masterpiece Series. It’s refinement; it’s more power supply. To give an example … we have for instance our line stage in the Signature Series … that’s one chassis. Our line stage in the Masterpiece Series is composed of two chassis, so the power supply is external. So, that’s one thing. We moved the power supply away from all the sound electronics to minimize noise. We refine and we add more power supply steps. So, it’s refinement in that sense. 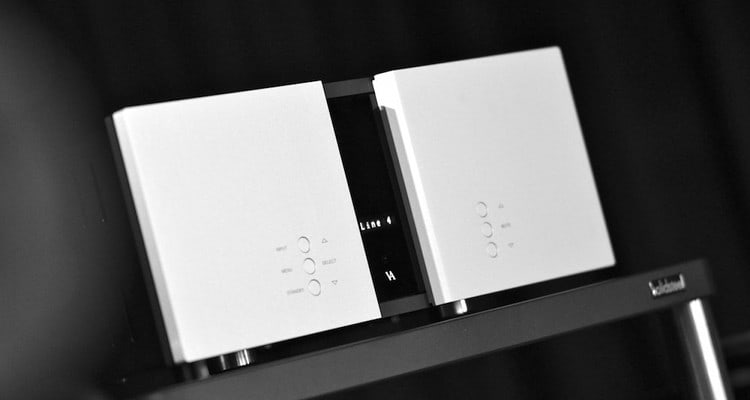