Vitus Audio truly is a great name in the industry. Best of high end got the chance to interview the leading man and visionair Hans-Ole Vitus. In this sixth part we asked him: ‘Why were you using battery supplies in previous generations components? How did you replace that technology’.

Hans-Ole Vitus: “Well, the obvious reason to use batteries is not having any noise from the mains. So in a normal house you have other white goods: refrigerators, dishwashers, whatever … and they all are noisy. They all pollute the mains signal; the 230 Volts / 50Hz or 115 Volts / 60Hz. Regardless of which of the two, wherever you are in the world. The lower the main voltage, the worse the current peaks you actually get. So in other parts of the world, it’s even a bigger issue. Using batteries just eliminates that completely. The idea was that when you are using our gear, listening to music, you actually turn the products off. So, they would be completely isolated from the mains, only running on the batteries. The kind of noise that you would get from the white goods would be eliminated completely. This has a huge influence on the soundstage. The noise floor drops and you can hear more. It took me a long time to develop, to figure out how much power, how many batteries I would need. A drawback from the batteries is that the sound very often becomes a little bit slow and un-dynamic, because there’s a limit to how fast you can draw current from a battery. So, which battery type to use? How many to use? How big should the capacitor bank be after the batteries? You don’t want that slow kind of sound. The trickiest thing of batteries is their lifecycle. If you charge them wrong, you really shorten their durability by a great deal. So I’ve spent a lot of time figuring out the measuring for the batteries. It’s not like many people think; you don’t just measure the voltage. No, you don’t just measure the voltage because with some batteries the voltage is always the same. What changes is the internal resistance. If you measure a battery like that in a wrong way, it will always show 9 Volts. It will always be 9 Volts, but when you start to draw current from it, you get more internal resistance, so you can draw less current from it. Each different type of battery … because it’s chemistry … has its own way of working. The whole measuring circuitry and the charging circuitry … all of that stuff needs to be … you know … developed for each type of battery. We had to choose which kind of battery was the best and in a way that the user didn’t have to worry too much. A lot of timers were needed. You could play for 48 hours or run the products for 48 hours before the battery reached its limit. Who listens to music for 48 hours continuously? Nobody does that. So you could set your timer for … well I normally listen for 2 hours. After those 2 hours, the battery would automatically start charging. I got to the point that I’ve had developed some products; a phono stage and a line stage. Roy Gregory from HiFi+ awarded them. They sounded great. But why did I stop? Well, because of Brussels … since we are so close. A few years ago politicians started working on proposal for lead-free batteries. We were using lead-acid batteries at that time. If this law would pass, that would be an issue for us. I realized that if this law would pass, I wouldn’t be able to ship products of that kind no more. What to do now? I’ve spent a long time developing a normal power supply that was actually better than the batteries. That took me 3 years or so. When all of that research and development was done and I was happy, it turned out that the lead-acid batteries weren’t included in the law. That was the point of no return. There was no way I was going back to batteries.”. 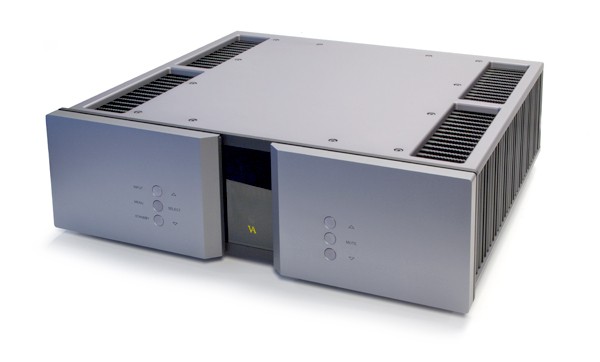