We have some great news from the World of McIntosh. The iconic brand announced three new high end products: the McIntosh C2600 Vacuum Tube Preamplifier, the McIntosh MP100 Phono Preamplifier and the McIntosh MVP901 Audio Video Player. Each product combines the best-in-class audio performance of the legendary McIntosh Reference System with the latest in technological development. We all know McIntosh from the typical blue back lit VU meters that they use in their amplifiers. Here are some more details about each of their new products.

The McIntosh C2600 incorporates the best of the previous models while adding the advanced digital audio section and upgraded tube circuitry design. The McIntosh C2600 is a versatile preamplifier with an expansive set of 16 inputs to connect virtually all analog or digital music sources. The tube preamplifier features a 32-bit/384kHz, DSD digital-to-analog-converter (DAC) and is capable of decoding and playing DSD64, DSD128 and DSD256 plus DXD 352.8kHz and DXD 384kHz. For headphone listening, the addition of Headphone Crossfeed Director (HXD®) brings an added dimension to the music. 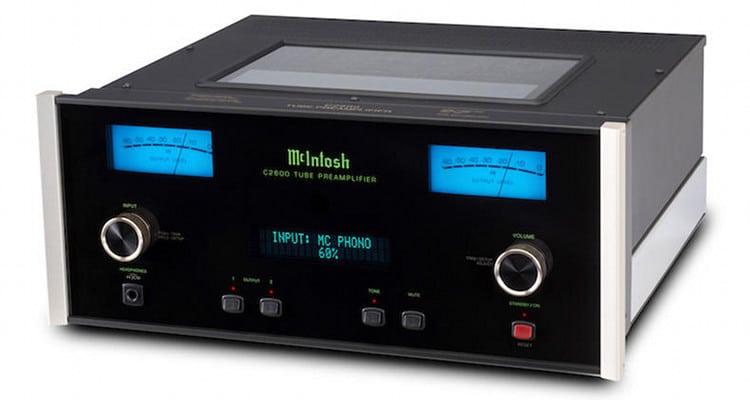 The McIntosh MP100 is designed to help both new and experienced vinyl lovers get the most from their albums. There are many ways to integrate the McIntosh MP100 into an audio system. If someone is just building their system, it can become the main part of the setup. For someone who already has a system with an older but working preamp, the MP100 is an excellent way to add modern phono features. When used with a properly configured conversion program, the McIntosh MP100 can “rip” the records to a computer via USB to produce high quality digital files. The digital outputs are fixed at 24-bit/96kHz to capture the full dynamic range of a record while optimizing digital file size. 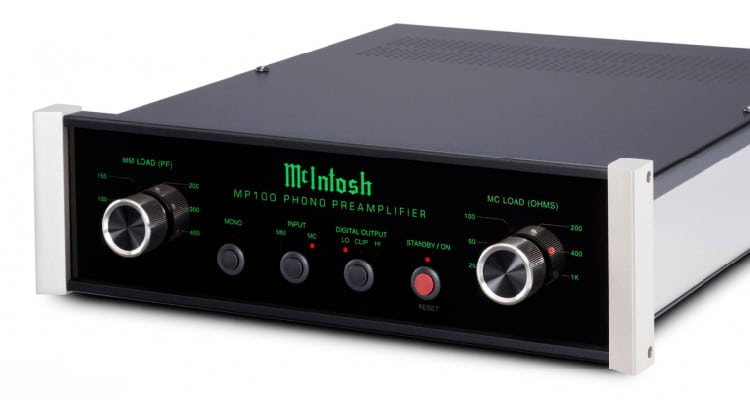 The McIntosh MVP901 is designed to provide years of home entertainment enjoyment. With its ability to up-sample 1080P and lower resolutions to 4K Ultra HD, it can breathe new life into a vast movie library and is a perfect complement to the 4K compatible McIntosh MX122 or MX160 home theatre processor. Built in decoding of Dolby® True HD and DTS-HD Master Audio™ will put the viewer in the centre of the action. The MVP901 can also pass the latest object-based 3D audio formats such as Dolby Atmos, DTS:X™ and Auro-3D® to the compatible processor for truly encompassing surround sound. It fully supports 3D Blu-ray discs while state of the art processing power allows for ultra-fast playback start speeds. A variety of advanced adjustments can be made to color, image detail and video performance to improve picture quality. Not limited to just movies, the MVP901 is also great for listening to music. CDs, SACDs and DVD-Audio discs can be enjoyed via an 8-channel, 32-bit/192kHz DAC that’s used in stereo quad balanced mode to produce high fidelity audio. The HDMI output can be used for multi-channel music playback. A triple laser optical pickup uses one objective lens for the different wavelengths and is optimized for various disc types. Three USB ports allow playback of audio and video files from flash drives. Network streaming and BD-Live is available through the ethernet connection. 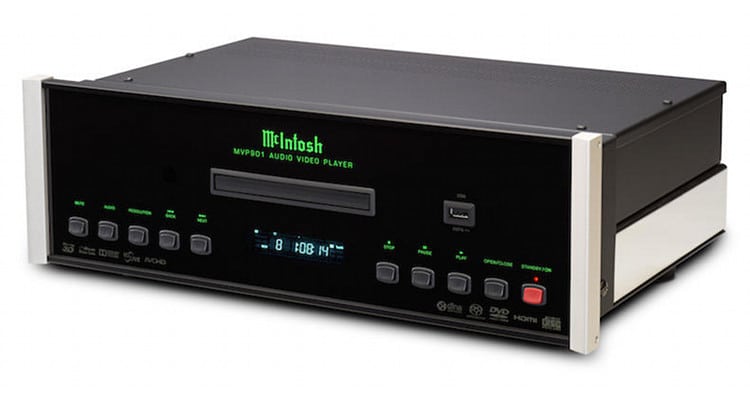 Shipping of these new products is anticipated in august 2016.

Take a look at the World of McIntosch.
Previous article about the first European MacIntosh Elite Store.