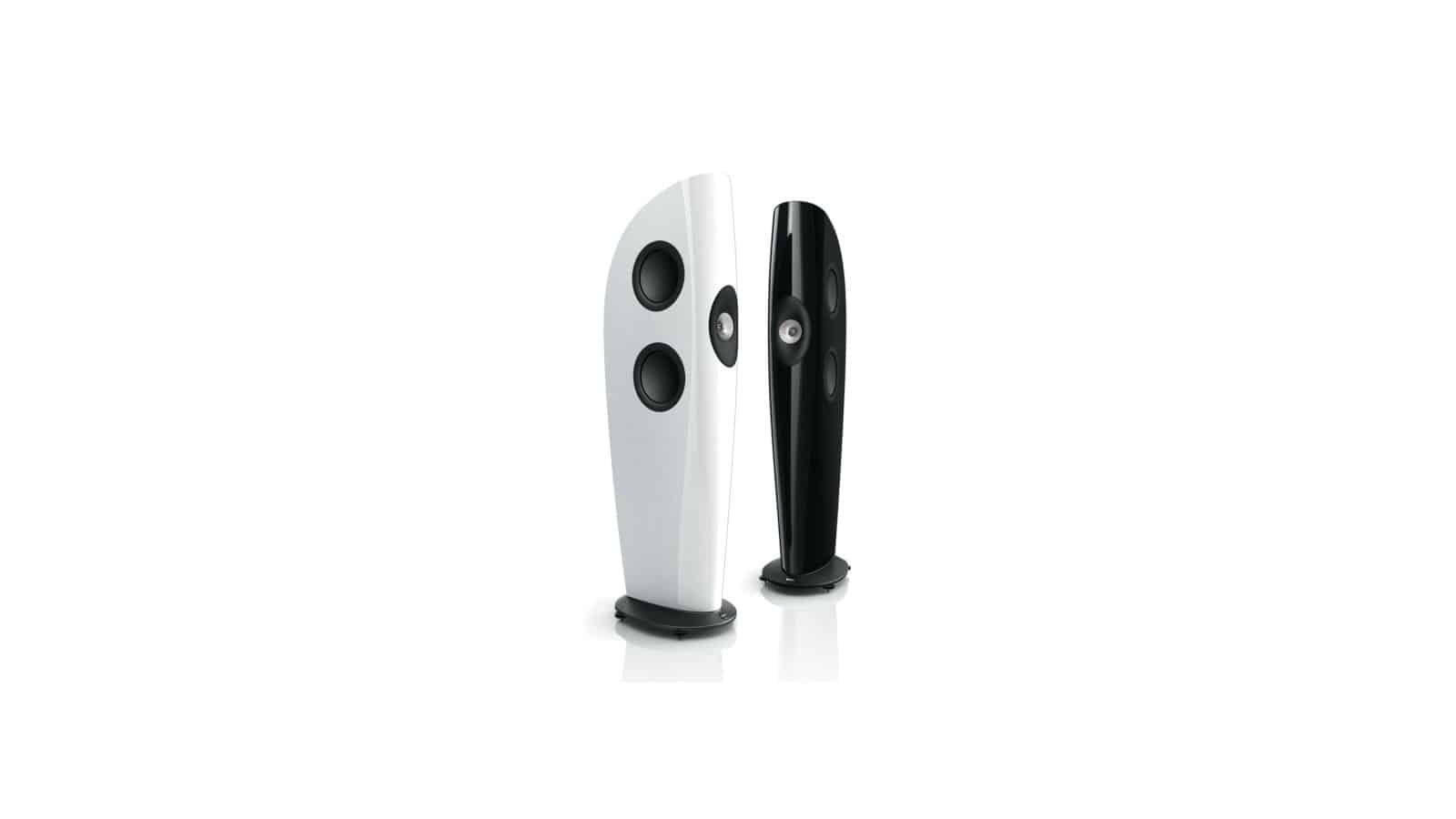 The inspiration was simple: to give some of the world’s most talented audio engineers complete freedom to create a speaker to showcase KEF’s technology leadership and powers of innovation. No preconceptions. No need to use existing components. And no design or cost restrictions whatsoever. After three years of original research and exhaustive testing, what our team came up with looked and sounded like no other speaker: Concept Blade, whose startling acoustic precision was so enthusiastically acclaimed when it was first revealed at the Munich High End Show in 2009. But unlike glamorously radical concept cars that never see production, we decided it was simply too good not to take a step further.

Encouraged by all the reviews, and to mark KEF’s 50th anniversary, the design team was given the go-ahead to develop this stunning concept for production, and two more years were spent painstakingly refining the concept to produce an edition that serious audiophiles could actually own. We devised ingenious applications of different new materials to replicate the shattering performance of the original, using innovative technologies to deliver the acoustic capabilities required of such a super-premium product.

Like listening to one voice rather than many, sound from a single source is inherently clearer. Not only are the acoustic centers of the HF and MF drivers in the Blade & Blade Two Uni-Q array coincident, but the four LF drivers, (9in. for Blade, or 6.5in. for Blade Two) are mounted symmetrically equidistant from it so that their acoustic centers occupy exactly the same point in space.

To avoid dissipating the energy of such potent bass drivers in exciting the cabinet (and thereby generating resonance, especially at high volume), the large kinetic forces involved are cancelled out by mounting the LF drivers rigidly together, back-to-back. By minimizing cabinet coloration, this highly effective configuration partly accounts for the Blade & Blade Two’s natural-sounding and engagingly musical performance.

The twinned pairs of bass drivers are mounted in discrete chambers separated by an internal partition. By increasing the frequency of any internal standing waves to way beyond the crossover point, this reduces the need for damping material (which can otherwise impair bass quality). Nothing has been overlooked in the quest for the ultimate clarity, right across the frequency range.

The simple low order crossovers specified for both Blade & Blade Two employ the best components available, carefully selected by a rigorous auditioning process so that every part of the signal path is fine-tuned for maximum clarity.

The patented screw-in linking plugs are to full audiophile specification (as well as simplifying set-up by eliminating fiddly wiring links). All the crossover components are individually wired by hand rather than mounted on a conventional printed circuit board. As well as being more environment-friendly, this optimizes both reliability and sound quality by assuring the cleanest possible signal transmission.