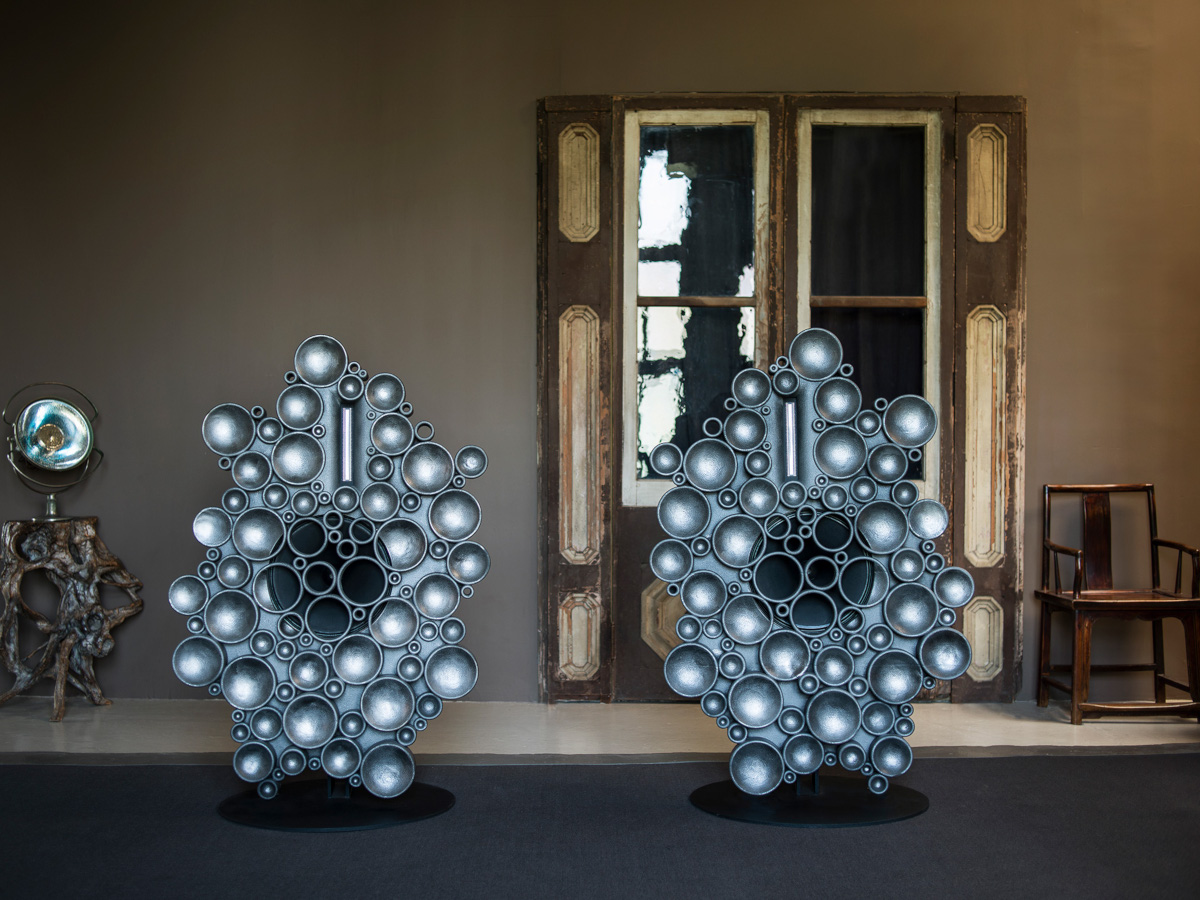 The OMA Ironic speaker is an open baffle type, cast from a special kind of iron, with no enclosure. The hypo eutectic gray iron (high graphite content) used in this speaker is employed in high technology applications such as photolithography machines for silicon chip production, where resonance or vibration must be reduced to an absolute minimum. The complex form of the speaker derives from quadratic diffusers universally used in studio and broadcast applications.

The unique form of the Ironic is impossible to cast using traditional pattern making methods. The molds are 3D printed in sand, and every mold is consumed/destroyed in the casting process. Every single Ironic thus requires a new, 3D printed mold to be made.This is an extremely expensive process.

The special combination of transducers used in the Ironic- a 15″ electrodynamic or field coil woofer used in Juke Boxes from the 1930’s, of which we have 20 restored examples, and the bleeding edge custom ribbon tweeter, which is 110db at 10khz, 1m, combine to make an open baffle speaker of unprecedented efficiency, at least 104db across the majority of its passband.