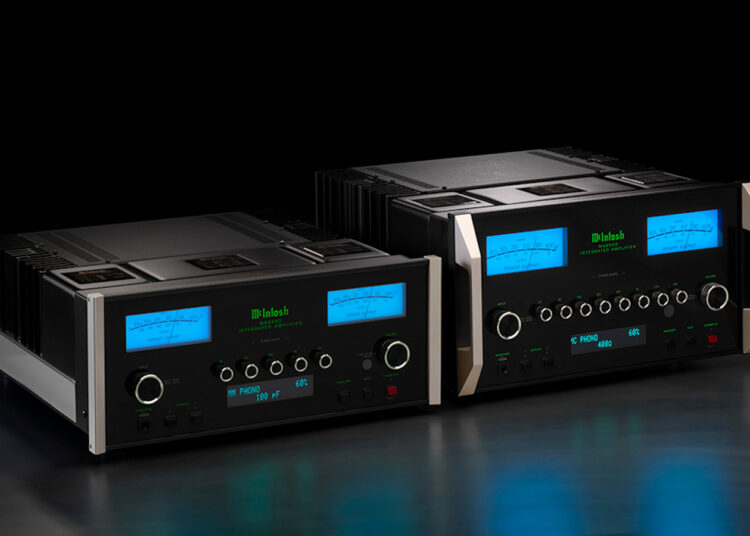 It’s time for your weekly iOS or Windows update, so grab your phone or tablet and start downloading/installing. Euh, no. Not quite. We’re talking hardware upgrades. Ok. Get that new SSD, DDR5 RAM…. Naaah. Let’s talk high end stuff now! So, the McIntosh MA9500 and MA8950 integrated amplifiers just got upgraded. What did they do? Well, the dynamic headroom has been increased on both new models by over 50%? How did they do that? McIntosh doubled the filter capacity on each model. This increase will allow both models to handle musical peaks much better with even less distortion. It will also help in the bass departement: more control! Both amplifiers now come with the DA2 Digital Audio Module factory installed. The module is powered by an audiophile-grade, quad-balanced, 8-channel, 32-bit DAC and offers better dynamic range and lower total harmonic distortion. Upgraded power supply components further reduce noise emissions and add more robustness under more demanding conditions.

Put your music to life with a 300 Watts of clean power per channel. The unit features 10 analog inputs. It also includes a balanced and unbalanced output to provide another power amplifier with signal. With McIntosh’s innovative Solid Cinch speaker binding posts you can securely connect the speaker cables so they won’t come loose. The binding posts are gold-plated to prevent corrosion and ensure a quality signal transmission. The McIntosh MA9500 also includes a discrete, eight-band tone control for advanced manual adjustment.

The McIntosh MA8950 offers 200 Watts per channel. It comes with 9 analog inputs. It also includes an unbalanced fixed output and an unbalanced variable output, along with a five-band tone control for finetuning the sound to your personal taste.

Shipping of both models is expected to begin in February 2022 in the United States and Canada and to the rest of the world shortly thereafter. Have a look at the suggested retail prices, VAT, shipping and custom duties excluded: