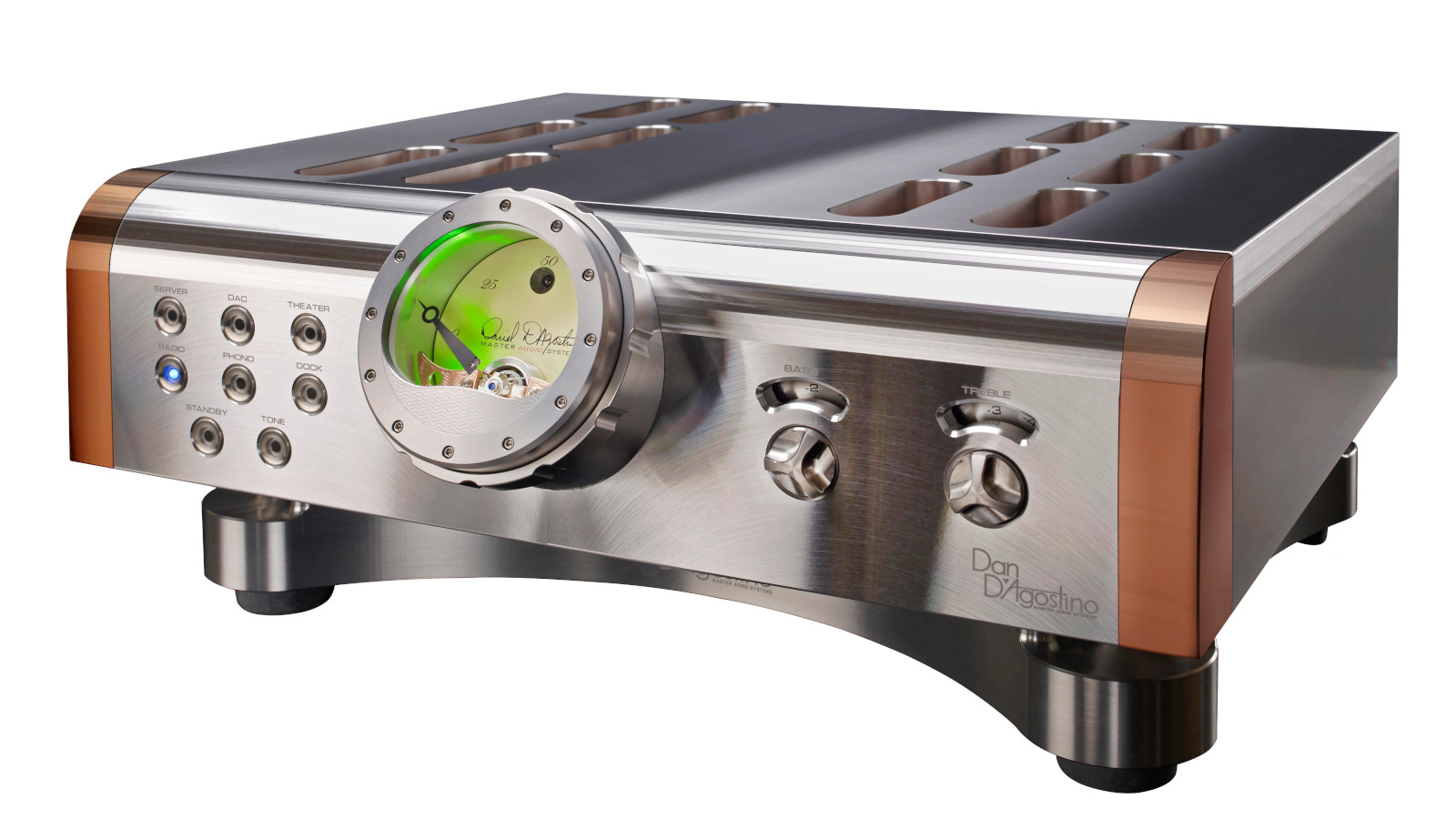 Housed in a separate chassis for maximum isolation, the Momentum HD main power transformer is 33% larger as compared to the original Momentum Preamplifier. A unique winding technology, first employed in the Momentum M400 amplifier, delivers greater power output from the same footprint. Internal circuitry filters RF noise from the AC powerline, and compensates for asymmetric power waveforms and DC on the mains.

This new input stage was an engineering experiment that surprised us with the level of fine-grain detail and delicate musical shadings.  The subtleties of voices were rendered with a lushness and richness that were simply unattainable previously. Taking advantage of the increased power supply capability, the output stages are now operating at a 36% percent higher voltage.  The increased output voltage has opened up the dynamics on both the micro and macro levels. The speed of the dynamic contrasts jump out on a visceral level.

Also new is the Bluetooth technology featured in the included remote control. The Bluetooth backbone extends the range of the remote by a factor of five and eliminates line of sight limitations that are inherent in IR remote controls.

Aesthetics have also been updated with the signature copper elements being reshaped to better match the Momentum M400 and S250 amplifiers.

Existing Momentum Preamplifier owners will be able to upgrade to the new Momentum HD Preamplifier electronics enhancements preserving value in their initial purchases.