Welcome to the Estelon room. It’s High End 2017 and we are presenting the Lynx speaker; the worlds first wireless high end lifestyle speaker. We found at some point that a lot of the speakers we are creating -which could sound spectacular-, don’t at home because there are so many other things there like amplifiers, cables, placement which is not optimal. So at some point Alfred came up with an idea. Why not put everything inside the speakers? So what we did was combine a streamer, the amplification and everything else into the Lynx. Now, what was missing was an amplification technology because what we didn’t have was an amplification which is small enough to fit inside the speaker. We can’t put Class A in there because it’s too big. Class AB would be a sound compromise. We can’t use Class D because it would spoil the sound too much. So we had to invent our own amplification technology. 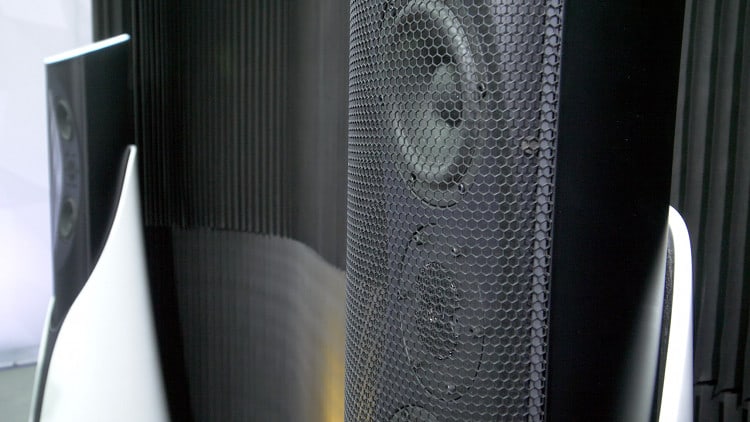 We ended up with a DSD direct driven system. It uses nothing else then the DSD bitstream. Everything is converted to DSD and then sent directly to the Lynx speakers. It’s the most lossless way of dealing with digital audio that you can imagine. You don’t convert the signal, you don’t do anything to the signal. In the midrange and high frequency section there is an analog crossover, no DSP. It looks and feels exactly as it’s supposed to be on an analog speaker. If you have a DSD recording then the music signal is bit perfect from the microphone up to the speaker without any processing. This gives you the unique capability of having the best of both worlds. You have the same dynamic range, the same phase correctness, literary the same performance as you would have on the LP. You have all the possibilities of the digital domain; to transfer it, copy it, reconstruct it. You just need to re-clock it to a high-precision signal. From there the signal is played back by using analog filtering. The speaker is excellent! It’s basically a filter, it can’t move infinitely faster. So the laws of nature are filtering the signal for you. This is one of the cornerstones of the Estelon intelligent audio technology which is how we call our new technology. 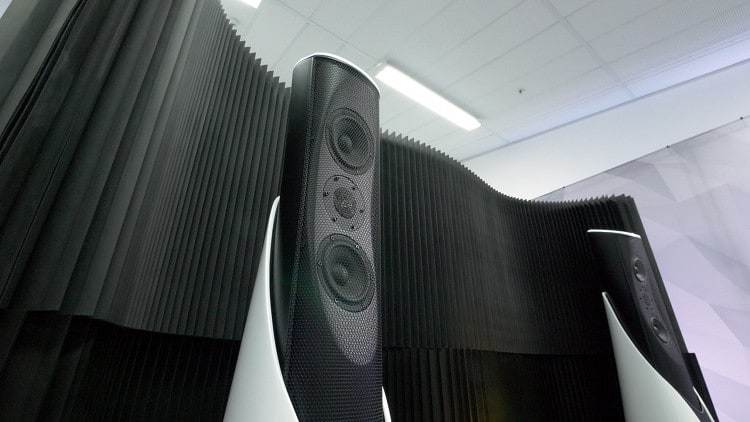 Sometimes where you want to sit and where you want to put your speakers and significant other things don’t exactly correlate 100%. You might have to do a little room correction sometimes. The upper part of the Estelon Lynx can actually move up and down to change the phase angle between the woofer and the mid woofers slightly. To deal with the room reflections and how different frequencies combine you will be able to do a slight correction -wherever your listening position is and whatever kind of room you’re in-. It allows you to get the sound quality that the best Class A systems can offer with very good speakers. It allows you to do some correction, without having to do anything to the signal itself. It’s just purely acoustical. It’s a wireless speaker. It’s as easy to use as your smartphone or tablet. We tried to marry all these things together! It has a build in streamer to use via your network. It all sits in your living room and there are no cables anywhere, except to power it unfortunately. But will get to that later probably. 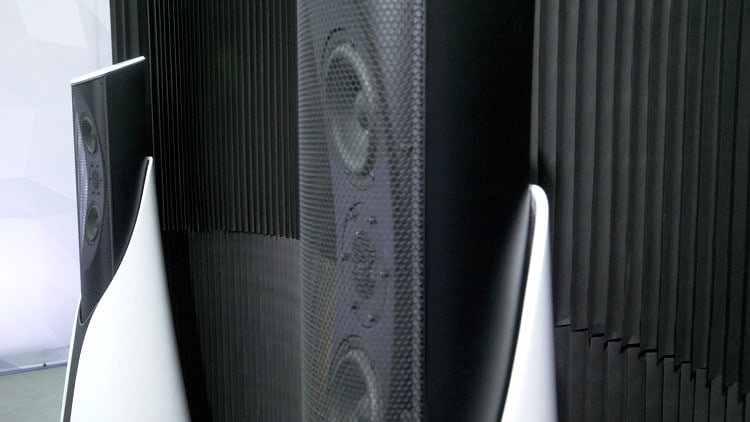 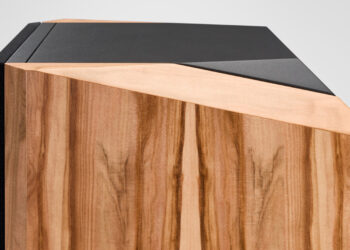 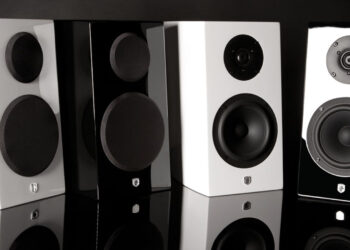 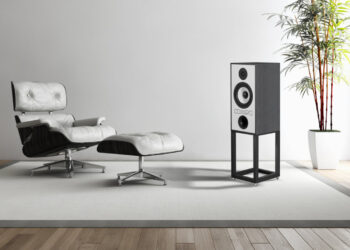