After returning the fabulous Rega RP-10 turntable for a photo shoot with my colleague, 3 cardboard boxes were waiting for me. Inside were the headphone amplifiers from the brand Erzetich. It’s a company in Slovenia, founded in 2012, located near the Italian border. This would be my very first encounter with the brand. 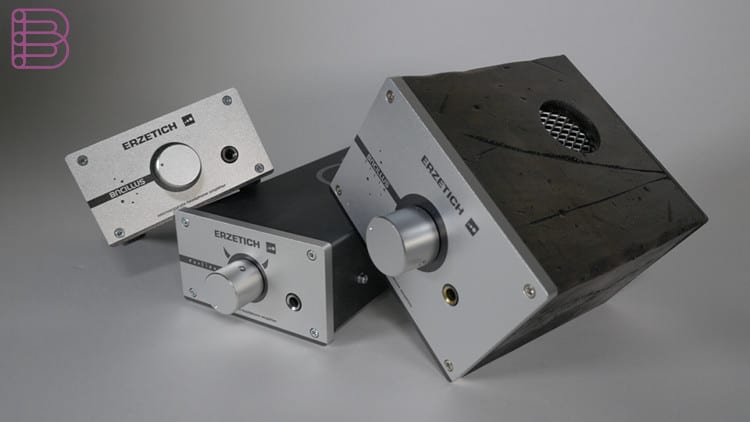 After unpacking the amplifiers, it was a pleasant surprise to observe the excellent build quality, the catchy names and the variation between either playfulness in the design, or the level of craftmanship in the wood-carved casing of one of the models. The 3 different amplifiers, which were put on display, were the “Bacillus”, the “Bacillus Tilia” and the “Perfidus”. Each creation has its own tale to tell. The Bacillus is the smallest of the trio. This was Erzetich’s first project. The goal was to make a smallest possible portable amplifier. As small as a bacterium (or bacillus), but fortunately for us they have stopped the process of miniaturization just in time. The Bacillus Tilia is a further development of the first project with a different sound signature in mind and it has to be said: it is a showpiece. The casing is made entirely by hand from the wood of the lime tree (latin: Tilia). A striking and handsome design. A real eye-catcher. 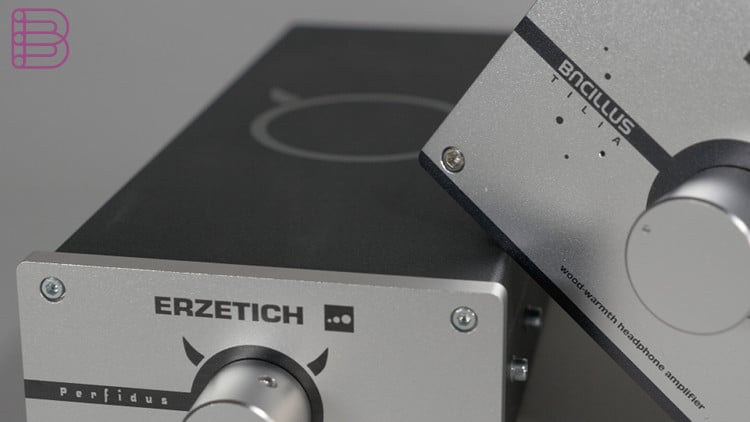 The Perfidus has a devilish undertone and quite a frisky design, (a demonic creature) with horns nicely integrated around the volume knob, it all adds up. I was extremely curious what kind of class A malicious beast was going to be unleashed to my headphones.

My resident integrated amplifier, the big ASR Emitter 2 Exclusive Blue, unfortunately doesn’t have a headphone socket, but it happens to be that a vintage high-end Sony X55ES CD player was visiting my system. A hi-fi classic with a built-in headphone amplifier. This seemed ideal to serve as the basis for a temporary headphone listening set. The Sony CD player was connected with a no-name unbalanced analogue cable to the headphone amplifier via its fixed outputs, making it possible to quickly switch from the built-in amplifier to the Erzetich demon. An intentional slip of the tongue…

After several listening sessions with, among other things, an Audio Technica ATH-M50x, a Bose QC-15 and a Fostex TH900 mk2, the Perfidus proved to be the true beast. Its performance dwarfed the likes of Bacillus and Bacillus Tilia. However, in case you don’t yet have a properly built-in headphone amplifier, my recommendation goes entirely to the smallest one, the Bacillus. This one is accurate and powerful, and comparable to the built-in amplifier of the Sony CD player. The Talia adds a touch of warmth to the midrange, but at the expense of the high notes. If we take into account the considerable price difference between both of them, the choice becomes rather obvious.

Not just any headphones

It also began falling into place that the amplifiers didn’t reveal their qualities to just any headphones that was connected. It took some time to find the ideal partner, but after some mixing and matching I finally found the one. The duo Perfidus and the Audio technica drew you right into the experience of the music, that I decided to put the Perfidus in the spotlight of this review. It may sound strange that the Fostex, a headset of a whopping 1500 euros, was not named as the ideal partner. A word of explanation is required to understand the how and the why. One of the main strengths of the Fostex headset is that it reveals all the microdetails present in the recording: the coughing of someone in the audience, the cracking of a piano chair, et cetera. You could be fooled into thinking that you’re literally sitting in the music venue. This makes it also a breeze to distinguish instruments from each other. The downside is that the voices are suppressed to the background and the top end sounds rather harsh.

But enough chatter, let’s plug the Fostex into the Perfidius and start a first track of Adele’s first album, “19” (XL Recordings), with the song “Make You Feel My Love”, a cover of Bob Dylan. This song, which is about fidelity and love, perfectly covers how she felt in her relationship at the time. The Erzetich headphone amplifier immediately proved its worth. The balance between all frequencies improved drastically. Adele’s voice now emerged to the foreground – uncluttered – and gained more weight. This was however at the cost of Adele’s rawness of her powerful voice. In the end, a real improvement, but it did not bring out all the emotions that I was expecting from such a performance.

Then I switched to the Audio Technica headset, wow. The piano accompanying her voice played with so much more energy and impact, the notes lingered longer in the air, simply breathtaking. This feeling was only affirmed by the song “Breaking the law” of Emilie Sande her album “Our Version of Events” (Virgin Records). This is by far one of the highlights of the album, with a direct reference to her very close relationship with her sister – who, by the way, had just graduated in law – for which she would do everything, also breaking the law. With her vibrating voice, the jazzy elements and with a lot of soul, she reminds me of Tracy Chapman. The combination of Perfidius and Audio Technica triggers your right hemisphere to imagine what you would do for someone special. All the pieces fit.

Being charmed by this couple, I decided to continue with only this pairing for the remainder of the listening sessions. Let’s try some male vocals such as Dan Reynolds from the American rock band Imagine Dragons, Sting and Mark Knopfler from the former group Dire Straits. 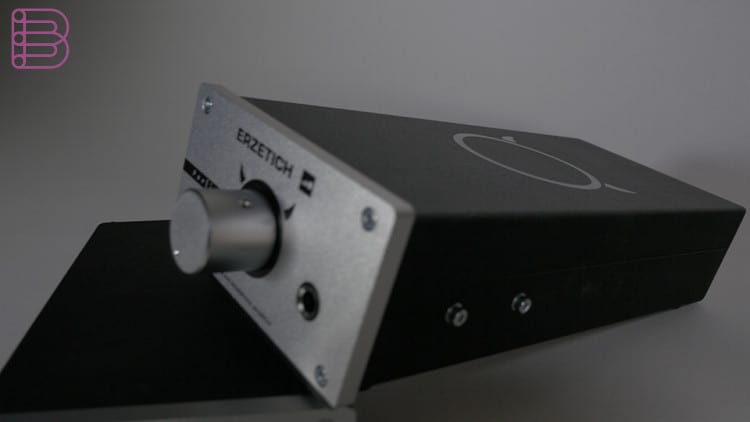 The piece “Radioactive”, from Imagine Dragons’ debut studio album “Night Visions” (Interscope Records), is a very powerful-sounding song with heavy drums following the same pattern throughout the entire song. Different types of guitars mingle in the mix of the song, floating majestically over Dan Reynolds vocal where you get the illusion he’s surrounded by an enormous chorus. Our duo captured the essence of the intense dark atmosphere, while making sure the vocals retained their prominent place in the recording. If I was nitpicking for faults, I would say that there is some degree of smoothing going on, holding back the very last ounce of raw energy.

Next up was Sting with his performance of “Englishman in New York”, from his second solo studio album “…Nothing Like the Sun”. The song describes part of the life of an Englishman (Quentin Crisp), who had moved from his native England to live in New York, being homesick and trying to overcome this feeling. The diverse mix of instruments found in the recording like drums, a soprano saxophone, violins, harpsichords, percussion et cetera, were to mimic the varied sounds and music on a New York City street and were clearly distinguishable from each other, revealing the natural sound of every instrument. What the Perfidus also does well, is preserving the melancholic pace of the song, keeping one’s attention throughout the song.

My final selection was Dire Straits’ album “Love over Gold” (Warner Bros Records) with the track “Private investigation”. The low level of distortion of the Perfidius facilitates the fade-in of the anxious synthesizer orchestration, apparently coming from the sound of nothingness, and the intelligibility of the spoken couplets which followed later. Even the swinging interplay between the acoustic guitar and the marimba could be tracked perfectly to the last note. The Perfidus handled this song superbly. 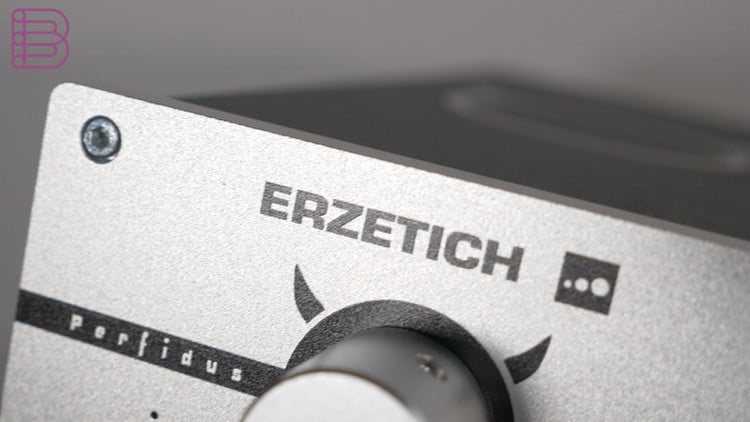 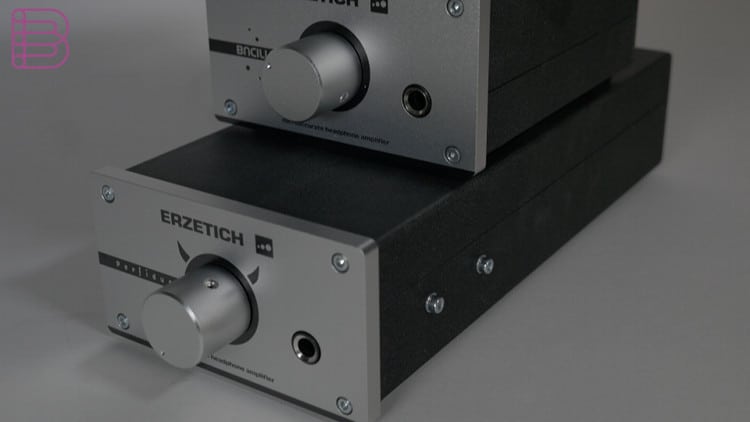 There you have it: the devil in disguise is the one with the most potential of the lot. Combined with the right headset, you’ll be treated to a musical experience that will grab your attention and occasionally will give you the highly sought out goosebumps. Overlook the perfect marriage and you should still hear a noticeable improvement, but not one that can justify the purchase price. Therefore it’s strongly recommended to try out the amplifier with your beloved headphones before you make the decision to buy. It makes me wonder how their reference model “Deimos” would sound. 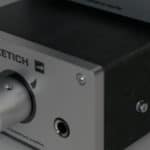 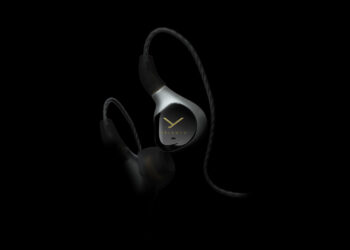 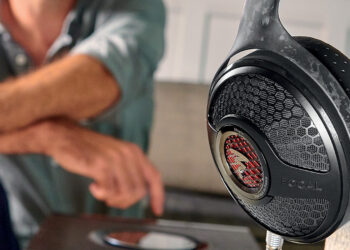 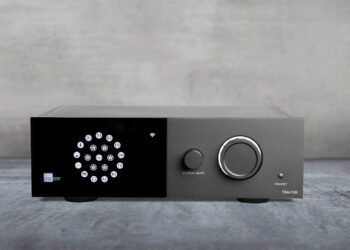 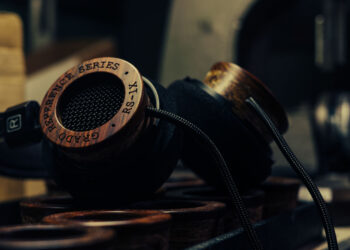