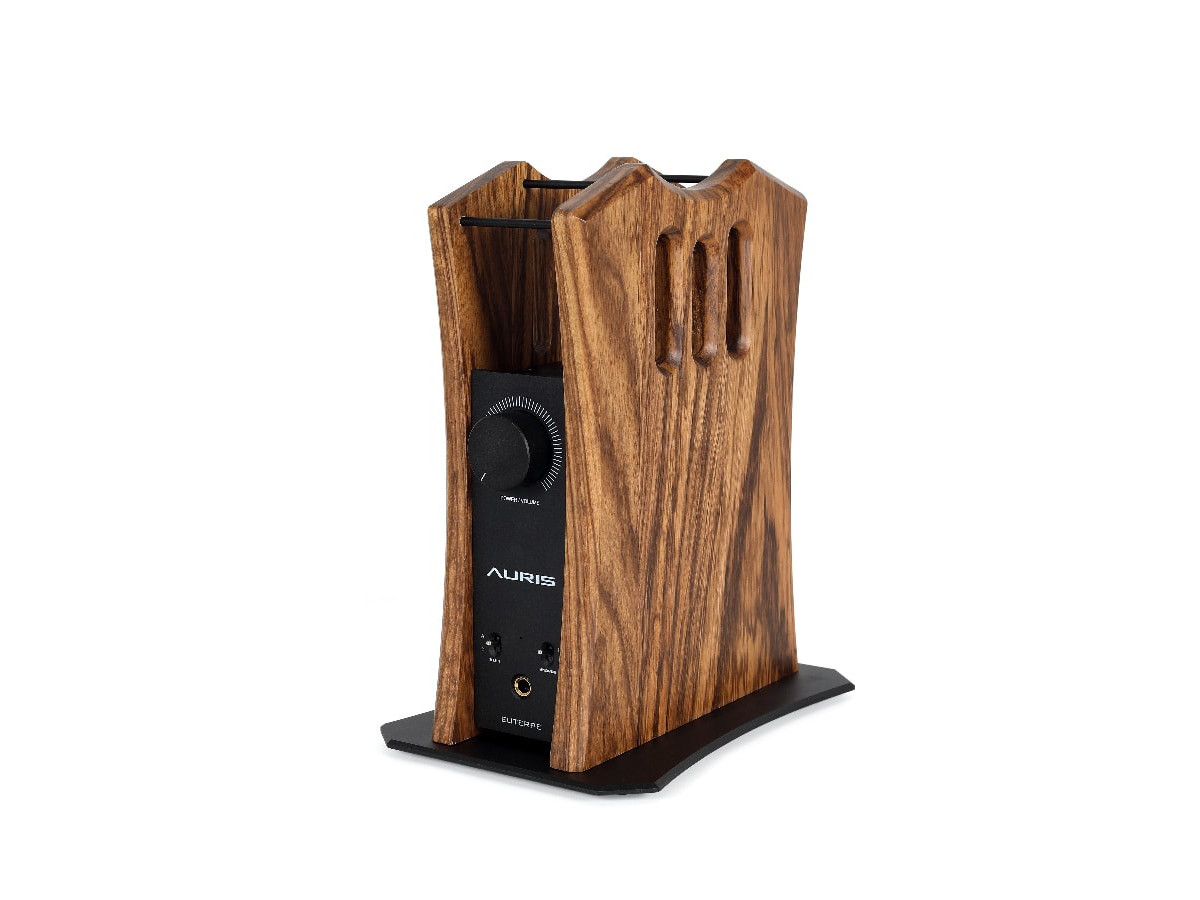 If you are up on your Greek mythology, you will already be aware that Euterpe was one of the nine Muses. Charged with being the Goddess of music and a ”giver of delight” Auris Audio decided that the same moniker was befitting of their latest release.

The new head-amp was named by an Auris Audio fan. The company reached out to people on social media looking for name suggestions. After many submissions, a winner was chosen: EVTERPE (Euterpe).

Euterpe is designed in a single-ended configuration and boasts an asynchronous  XMOS/ESS Sabre DAC, enabling you to hook up a variety of digital sources such as a PC or mobile device.

As seems to be the current trend, the Euterpe also doubles up as a cool headphone stand thanks to its classy wooden casing.